The international bestselling thriller about the clandestine struggle between the Vatican and the Kremlin for the soul of humanity.

John Hands’s Perestroika Christi is a wonderful thriller and I could not put it down. It is set in the crisscross world of the KGB and the Vatican, with scenes (extraordinarily prescient, it turns out) of Ukrainian nationalism: an elaborately crafted plot leads to a surprise outcome.
—Norman Stone, The Guardian Books of the Year

A most impressive political thriller… I cannot think of another which is both so accurate and in many ways so prophetic.
—Sir Rodric Braithwaite, British Ambassador in Moscow

Devilish cunning…ambitions which aspire to the level of Brian Moore rather than Morris West.
—Chris Petit, The Times

John Hands has his finger on the pulse in his gripping first novel Perestroika Christi.
—Today

A sound piece of plotting that captures a whiff of Gorky Park but leaves an aftertaste of The Omen.
—Peter Millar, The European

Compelling interest as it reaches its awesome climax.
—Western Telegraph

A superb novel, which on one level is a thrilling story of intrigue and suspense, and on another a brilliantly researched and startling exposé of the devious machinations going on in the Kremlin and the Vatican…the authenticity of the background to this fascinating drama is so real it is often breathtaking.
—Rochdale Observer

Moves from one intrigue or deception to another, and on to an ingenious and disturbing conclusion.
—The Tablet

One of the joys of reading is that every so often once comes across a novel which begs the reader to absorb concentrated fact amid first rate fiction. Perestroika Christi by John Hands is such a novel…riveting thriller.
—Southern Evening Echo

It comes as no surprise that John Hands’s thriller should have been shortlisted for the £5,000 Deo Gloria prize awarded by the Book Trust…more surprising is the fact that this is only his first novel.
—The Universe 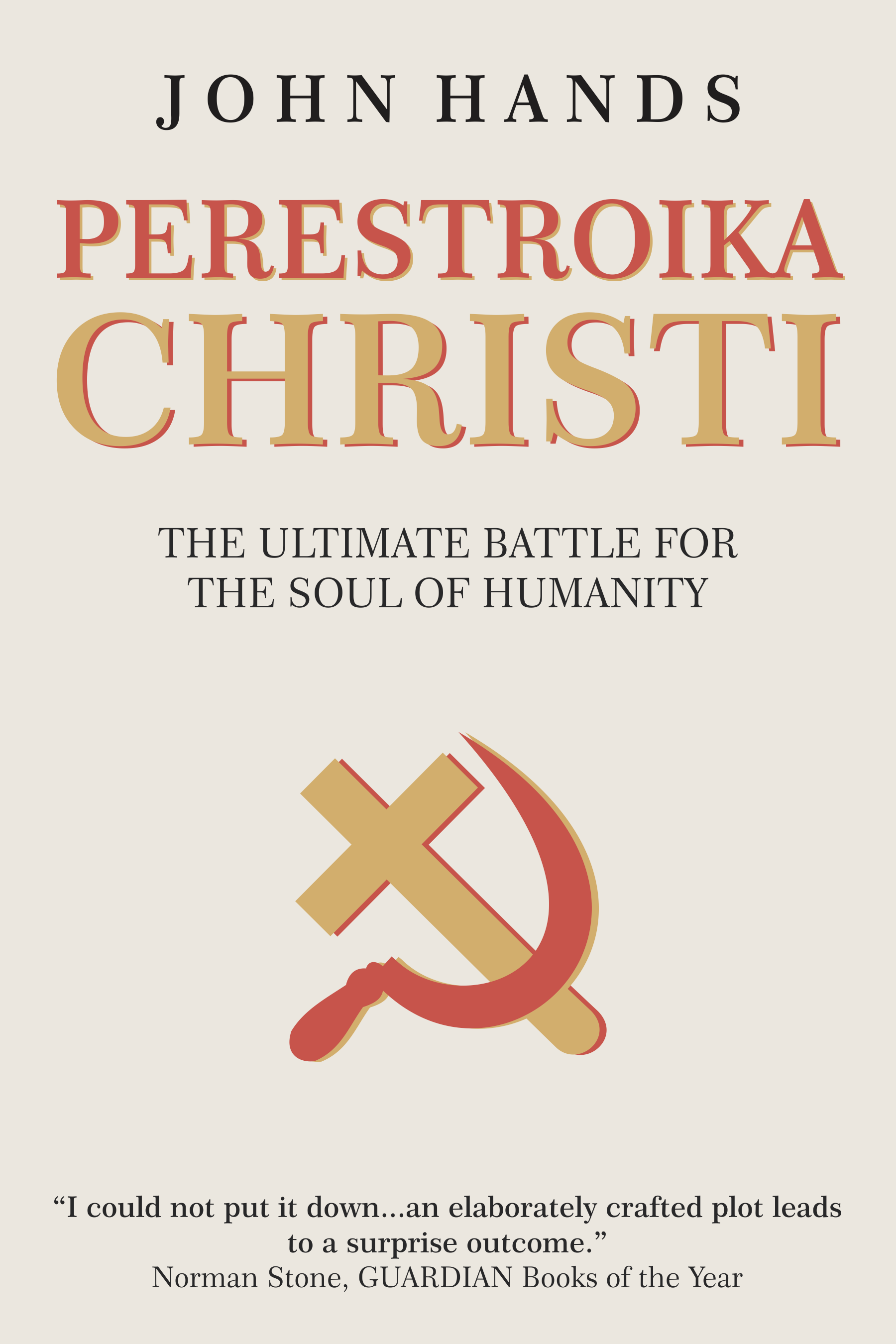